Which "Game of Thrones" character are you? 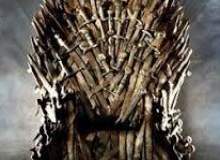 Winter is coming. "Game of Thrones", a fantasy TV show based on the novel "A Song of Ice and Fire" by George R.R. Martin is beloved by many fans throughout the world. It is filled with beautiful, well written characters who the watchers and readers grow to hate and fall in love with.

Have you ever wondered which Game of Thrones character you most resemble? Is it the honorable Jon Snow, or the deceitful Petyr Baelish? Is it the brave Arya Stark, or the power hungry Daenerys Targaryen? Take this quiz to find out!

Quiz topic: Which "Game of Thrones" character am I?