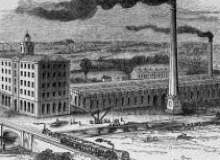 Are you a reactionary Tory ultra who hates modernity, anyone who isn't an Anglican, and railways? Or perhaps you are an effete Peelite, combining all the joys of technocratic liberal conservatism with rampant treachery and free-trade sympathies? Are you roistering randy old Palmerston, or sober and sincere Cobden? Where DO you stand on the Maynooth Grant, or the Factory Acts?

Find out as you enter the crazy world of British politics from Catholic Emancipation to the 2nd Reform Act. We have Corn Laws (well, until 1846), we have Irish people constantly making trouble (though so would you if you were that hungry), we have enough parliamentary reform proposals to make you dizzy with confusion. From fancy franchises to Factory Acts, we have all the issues and history from circa 1829-1867 you could desire. Enjoy the quiz!