What is your DnD character's ability scores? 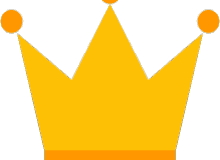 Every task that a character or monster might attempt in the game is covered by one of the six Abilities. These abilities affecting nearly everything your character wants to do in the game.

These abilities often work with character and world immersion if they compliment the character's personal beliefs and morals. Remember dungeons and dragons is a role playing game.

Quiz topic: What is my DnD character's ability scores?