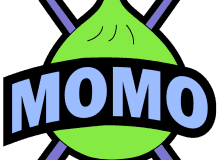 The Marblelympics were barely known when they first began. Loyal fans continued to tune in for more. They eventually share it with people they knew. As quickly as it had started, the Marblelympics became a worldwide phenomenon.

Now it's you turn, fellow fan, to test your knowledge of the Marblelympics. You've likely picked a favorite team and watch the latest events. But have you gotten to know the other marble athletes? Are you a true Marblelympics fan?