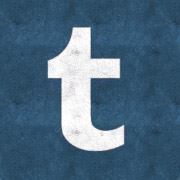 This page contains our best quizzes about the popular blogging platform, Tumblr. Every month, over half a billion people visit the 400 million blogs hosted at Tumblr. Despite a reputation for political correctness and social justice, Tumblr hosts a wide variety of views, fandoms, artwork, and other topics of interest. You might even have a personal blog there. If so, the quizzes below will be relevant to you! Please note that we've added convenient Tumblr sharing links on all quiz results.

Consider creating your own quiz that you can share with your followers on Tumblr. You can have a link to your blog on your quiz. It's a good form of self-promotion!

Hey there, you might have noticed that GoToQuiz is an excellent place to create a quiz for Tumblr. Our quiz maker technology is easy to use. When ready, just share your quiz's link on your blog, inviting your followers to take it. It's a great way to get people engaged and reblogging your content.

Don't forget to explore the rest of GoToQuiz to find more interesting stuff. You may want to have a look at our trending page to see what's hot right now!

And don't forget, you can make your own quizzes at GoToQuiz! Why not give it a try?