are you a commie 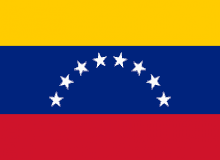 you are a commie reeee In political and social sciences, communism (from Latin communis, "common, universal")[1][2] is the philosophical, social, political, and economic ideology and movement whose ultimate goal is the establishment of the communist society, which is a socioeconomic order structured upon the common ownership of the means of production and the absence of social classes, money[3][4] and the state.[5][6] Communism includes a variety of schools of thought, which broadly include Marxism and anarchism (anarcho-communism), as well as the political ideologies grouped around both. All of these share the analysis that the current order of society stems from its economic system, capitalism; that in this system there are two major social classes; that conflict between these two classes is the root of all problems in society; and that this situation will ultimately be resolved through a social revolution. The two classes are the working classwho must work to survive and who make up the majority within societyand the capitalist classa minority who derives profit from employing the working class through private ownership of the means of production. The revolution will put the working class in power and in turn establish social ownership of the means of production, which according to this analysis is the primary element in the transformation of society towards communism. Critics of communism can be roughly divided into those concerning themselves with the practical

he term "communism" was first coined and defined in its modern definition by the French philosopher and writer Victor d'Hupay. In his 1777 book Projet de communaut philosophe, d'Hupay pushes the philosophy of the Enlightenment to principles which he lived up to during most of his life in his bastide of Fuveau (Provence). This book can be seen as the cornerstone of communist philosophy as d'Hupay defines this lifestyle as a "commune" and advises to "share all economic and material products between inhabitants of the commune, so that all may benefit from everybody's work".[9]

Quiz topic: Am I a commie