Which Scottish King James are you? 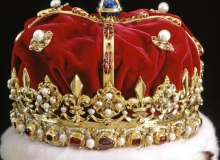 The seven Scottish kings names James presided over some of the most dramatic and formative developments in Scottish history. Between the accession of James I in 1406 and the deposition of James VII in 1689, Scotland reached the height of its power as a mature Renaissance kingdom, and it was also under them that Scotland navigated the Reformation, regal union with England, and the 'Glorious' Revolution.

But these seven men were all very different. Some were good kings, others were bad. Some were broadly good men, other decidedly were not. But which one are you? Take this quiz to find out which of the seven Scottish Jameses you most resemble!

Quiz topic: Which Scottish King James am I?