Which OLD GOD would you best serve? 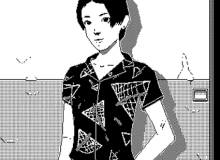 Haven't you heard? The end of the world is at hand. And people are just...getting used to it. Sure, there's shambling cults, and you can join those if you think it's fun for you...but so many people have just set up simple altars in their homes, right for the sacrifice of the OLD GOD they believe will devour humanity.

Who would you set yours up to?...Well, there's a variety of options. Some would argue over which could truly be called Gods--but if it has the power, then who are they to argue?