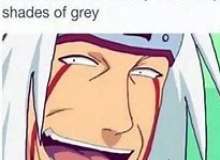 Naruto () is a Japanese manga series written and illustrated by Masashi Kishimoto. It tells the story of Naruto Uzumaki, an adolescent ninja who searches for recognition from his peers and the village and also dreams of becoming the Hokage, the leader of his village. The story is in two parts, the first set in Naruto's pre-teen years, and the second in his teens. The series is based on two one-shot manga by Kishimoto: Karakuri (1995), which earned Kishimoto an honorable mention in Shueisha's monthly Hop Step Award the following year, and Naruto (1997). Naruto was serialized in Shueisha's magazine, Weekly Shōnen Jump from 1999 to 2014, and released in tankōbon (book) form in 72 volumes. The manga was adapted into an anime television series produced by Studio Pierrot and Aniplex, which broadcast 220 episodes in Japan from 2002 to 2007; the English adaptation of the series aired on Cartoon Network from 2005 to 2009. Naruto: Shippuden, a sequel to the original series, premiered in Japan in 2007, and ended in 2017, after 500 episodes. The English adaptation was broadcast on Disney XD from 2009 to 2011, and then switched to Adult Swim's Toonami block in January 2014. Besides the anime series, Studio Pierrot has developed eleven movies and eleven original video animations (OVAs). Other Naruto-related merchandise includes light novels, video games, and trading cards developed by several companies.

In this quiz, your knowledge in Naruto will be tested to their limits. Make sure you have enough smarts and wits to get through this test. And most importantly, No Cheating. Also don't forget to enjoy!